Texting to inititiate is broken. 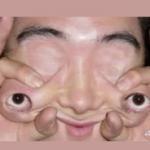 By Sir Paul,
July 21 in Suggestions and Feedback