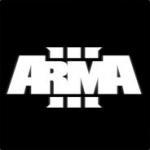 By Tacs reece,
March 5 in Videos and Screenshots