No its fine the way it is. This is meant for Asylum gangs that play actively not olympus gangs who play only for doms. 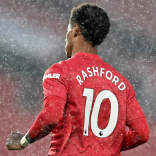 Hotfix #8: - Fixed placeable objects not being able to be picked up again after disconnecting - Fixed The Unrestrainer quest incrementing from the incorrect action - Fixed 4-five not being an il