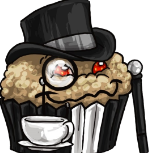 By Patato,
June 13 in Patch Notes