Please for the love of god wipe the server 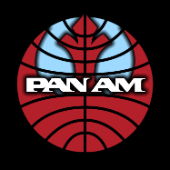 It would be awesome to see everyone fighting to get to the top again. I think this is a seriously under estimated game changer.

It'll give me a good reason to stop playing this game